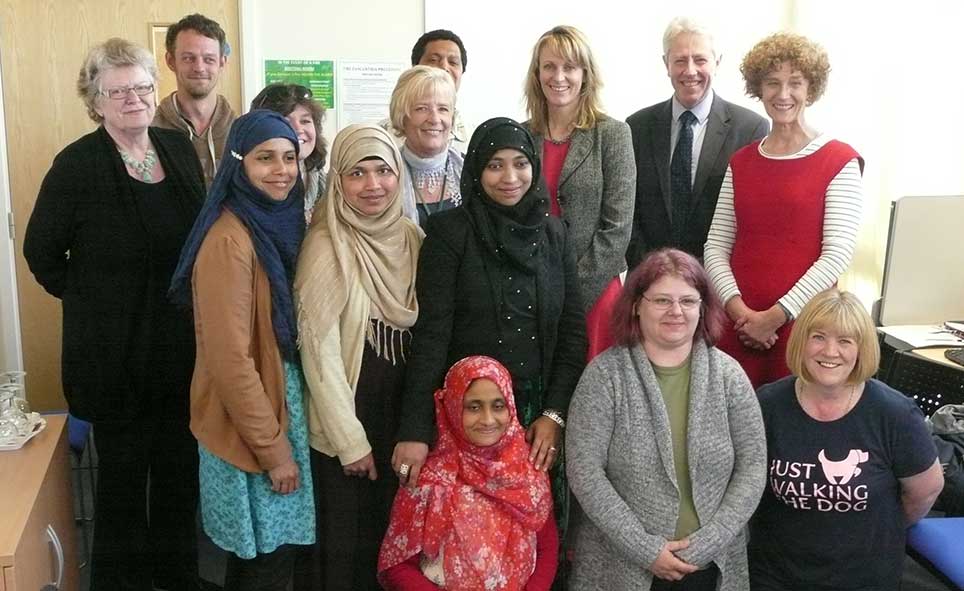 Surrey Lifelong Learning Partnership learning and careers advisers working on this programme are Nanette Chandler and Kevin Taylor. They work with anyone living in one of the five borough/district councils where ETHOS operates and support those who are unemployed or working fewer than 16 hours a week with insecure housing accommodation.

Our clients are the homelessness, people in private rented accommodation faced with eviction, people struggling with mortgage repayments, people living in hostels. They might be a dependent adult, someone capable of working but not working and therefore not contributing to the household. They could be a lone parent or a person over 50 years of age who has been made redundant or someone with a health condition putting them at a disadvantage in employment seeking. Many have mental health needs.

A one-to-one appointment with an adviser leads to job workshops and support using the internet and emails. Support continues as long as clients show commitment to resolve their situation. Beneficiaries feel they can now move forward, develop skills, move into jobs, improve their housing options and expect a brighter future.

The advisers work alongside housing officers but do not themselves advise on housing issues.

The need for this service has increased since changes in benefits. People in the most precarious situations find it even more difficult to solve their problems

“Often I feel as though I am being asked to be the person’s mum, social worker, and counsellor all wrapped up into one,” says an adviser.  “You are meeting people at the lowest ebb in their lives. One man became homeless after taking a job as a trouble-shooter in a failing pub. He turned the pub round, the owner sold it and, as the client lived in the flat above the pub, he became homeless. As a lone, mature man he is a low priority in the benefits system behind lone parents and people with health conditions. He broke down in my office, because he had just had his dog put down. He had been sleeping rough for two or three months. But he is now housed and I am helping him to find work.”